Sean O'Rourke is President of Consilient Solutions, LLC, a healthcare-focused consulting practice he founded in 2008 and has over 25 years of experience in information systems and services management.  He has been actively involved in process improvement and strategic application implementation projects within the health care, health insurance and academic industries.  Sean is also CIO of the HCI Group which delivers cost effective resource solutions to the healthcare information technology industry.  He has consulted on planning and development of information systems solutions being implemented on an global scale and has presented to international audiences on system selection and implementation.  Additionally Sean is an adjunct faculty member of the University of Pittsburgh in the School of Health and Rehabilitation Sciences.

Sean was previously the Chief Information Officer for Service Lines and Products at University of Pittsburgh Medical Center (UPMC) one of the largest academic medical center based integrated health care delivery networks in the U.S., responsible for planning, delivery and support of information technology solutions across Hospital (20 Acute Care facilities), Physician Practice (3000 Physician Ambulatory Care) business units and for participation in the technology analysis of emerging business and clinical services within a for-profit division.

Sean has focused his career on understanding and improvement of clinical and business processes in general and the identification and implementation of information-based solutions to support and sustain those processes specifically.  He graduated from The Pennsylvania State University in Industrial and Management Systems Engineering, with a BS degree (1983) & MS degree (1988). 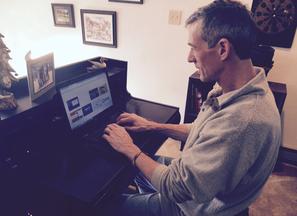 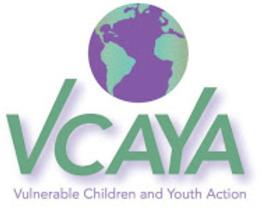 Kevin Spencer is an educator, curriculum designer, and consultant.  He is also a world-renowned illusionist with dozens of accolades to his credit including 2009 International Magician of the Year and six-time recipient of Performing Arts Entertainer of the Year.  He believes strongly in the power of the arts to impact the realities in which we live, learn, work, and heal.

He is the founder of the Healing of Magic program and is widely considered the leading authority on the therapeutic use of magic tricks in physical and psychosocial rehabilitation.  His magic trick-based work has been featured in the Journal of the American Medical Association, the Australian Occupational Therapy Journal, Journal of Hand Therapy, HEALTH magazine, TODAY in OT, and the Washington Post.  Spencer has the Approved Provider Status of the American Occupational Therapy Association (AOTA) and has been the Keynote Speaker at numerous state occupational therapy conferences as well as conducting breakout sessions and workshops around the world for therapists, psychologist, physicians, researchers, and rehabilitation specialists.

His latest project is a short documentary titled POWERFUL MEDICINE: SIMPLY MAGIC.  In January 2015, it was named Best Short Documentary at the Outside the Box Film Festival and the Hollywood Film Festival in California (USA) and is being screened at numerous international film festivals throughout 2015.

For his humanitarian endeavors, he was bestowed the Harry Chapin Award for Contributions to Humanity. 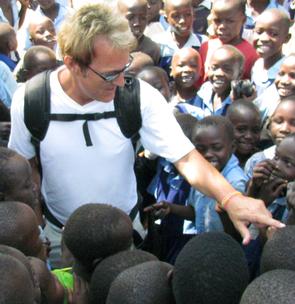 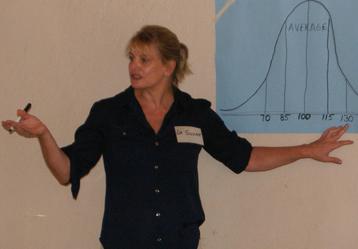 Susan O’Rourke is a professor of education at Carlow University in Pittsburgh, Pennsylvania.  She is the co-leader for the Carlow Cares:  Sligo, Ireland and Carlow Cares: Nicaragua Study Abroad Programs. Susan earned her doctorate in Instructional Design & Technology and a master's degree in Special Education from the University of Pittsburgh. She was a teacher of children with multiple disabilities at The Rehabilitation Institute of Pittsburgh (now the Children's Institute) for 10 years prior to joining the faculty at Carlow in 1997.

Her interests include international special education focusing on vulnerable children in developing countries and the integration and harnessing of technology - specifically the use of video conferencing to support student engagement and learning, the use of assistive technology by students with special needs, and distance education. She specializes in the teaching and learning of children with autism spectrum disorders, multiple disabilities and children with social, emotional and behavioral disorders.

Susan is the Past President of the Division of International Special Education and Services (DISES) and a founding member of the Division of Performing and Visual Arts Education (DARTS) - divisions within the Council for Exceptional Children (CEC). Recently she served as the Program Chair of BRAGA2014: Embracing Inclusive Approaches conference held in July in Braga, Portugal where over 450 special education professionals from 40 countries participated.